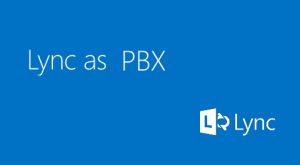 Unified communications platforms are putting an end to fragmentation in the telecoms market, enabling businesses to consolidate various solutions into a single, easy to manage system that can lower costs and boost productivity. A variety of providers offer unified communications services, including big names such as Avaya and Cisco. However, when it comes to truly next-generation functionality that can outdo anything achievable using older PBX technology and rival platforms, Microsoft Lync is arguably the most comprehensively capable option on the market today.

Lync encompasses both fixed line and mobile communications, allowing users to combine a variety of conferencing tools including instant messaging (IM), VoIP and video to interact and engage with colleague and clients regardless of their geographic location. This combination of services is not unique in itself, and you can expect to achieve similar levels of unification with platforms offered by rival providers. However, Lync has a number of benefits which put it ahead of the pack.

Chief among these is the mission-critical app integration that Lync offers, allowing for interoperability with solutions like Microsoft Office 365 and OneNote, the latter of which is particularly useful when hosting multi-party meetings via Lync. Individual participants can collaborate and edit notes in real time, as well as creating their own documents to keep track of the conversation and retain salient information to be harnessed at a later date. So whether you want to get in touch with consultants or provide online tech support to customers, you have the freedom to do so without losing the thread of interactions.

For those who want to run presentations via Lync, there is the option to feature PowerPoint presentations and control them so that participants can see the slides you want to show them without having to deal with the messiness of the back end interface.

The fact that Lync is a Microsoft product is part of its power, because of course this gives it intimate access to the world’s most popular productivity software suites, of which PowerPoint is just a small part.

The same holistic approach is applicable in a mobile and tablet space, since Microsoft’s Windows Phone operating system has a dedicated Lync app to provide access to the platform while the user is out and about, with software also available for iOS.

Lync could have the capacity to seriously compromise the ability of its rivals to even compete, as well as putting traditional on-site PBX hardware out of action by superseding its functionalities.

While Lync is a premium unified communications solution, it is possible to secure a free 120 day trial licence for your business if you want to experiment with its deployment, and determine whether or not full investment is worthwhile. The try before you buy approach minimises risk and means that your organisation will not be committing to a service which it does not understand. This makes the prospect of Lync adoption even more appealing.